Our fridge was going to die and the IoT had shown it to us for a long time !

How IoT made us replace our refrigerator!

I want to clarify that this article was not planned at all, but I wanted to take the opportunity of this issue to show the usefulness of IoT. This saved me from trying to set up an example demo, reality took care of it.

Since several years we have installed the IoT Ruuvi Tag with Wirepas protocol manufactured by Promistel, in our factory to test the products that we distribute on our Clemanis store.

To perform these tests, we put a Tag in the freezer and another Tag in the refrigeration section of the company's refrigerator.

And today I saw the following picture. Immediately I noticed that there was a problem with the temperature curve of the freezer in red and the fridge in blue 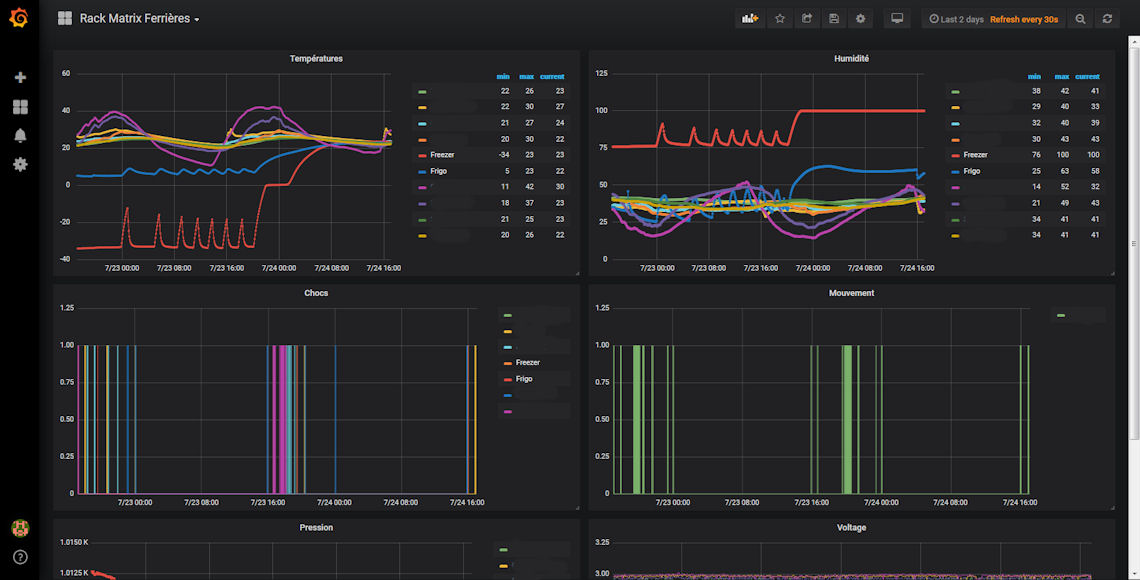 Now let's take a closer look at this graph by zooming in and isolating the 2 curves below.

Indeed there is a problem. The refrigerator is definitely dead. Looking at the history over several weeks I noticed that this was not the first time and that it did not work for about 8 hours, and those 8 hours were during the night. So in the morning when they started the shift, the colleagues didn't worry about anything because the refrigerator was at the right temperature. 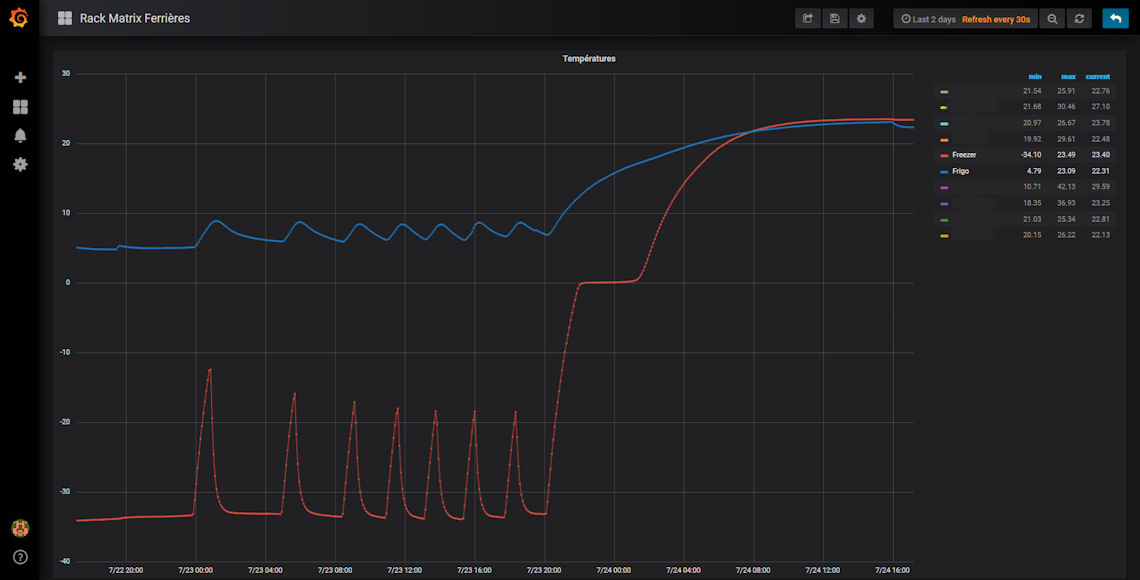 Now here is the analysis of the curves, the comments in the text. 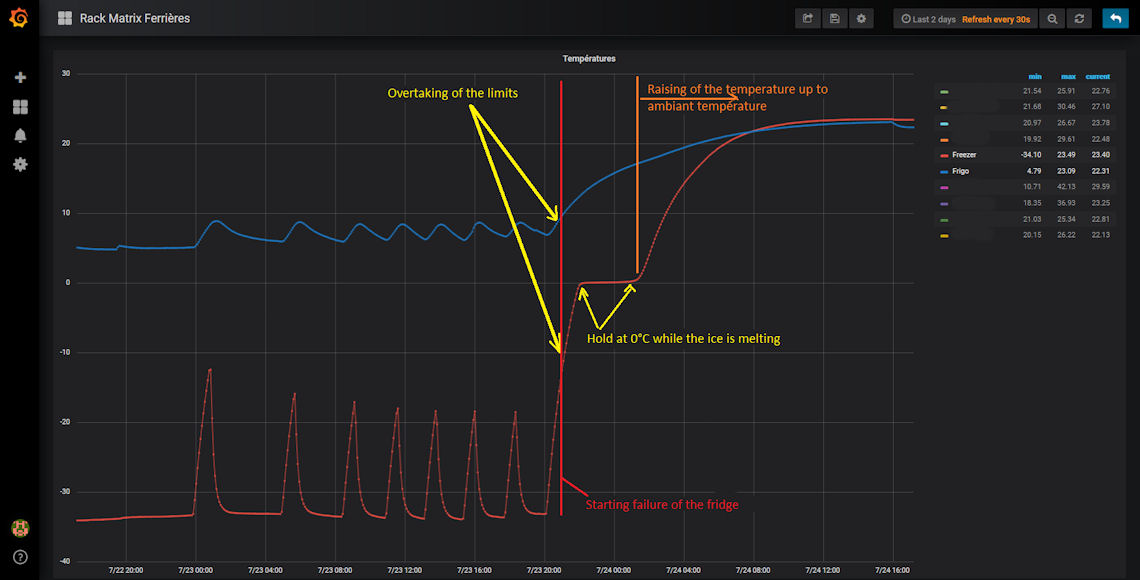 Conclusion, we bought a new refrigerator, because repairing the existing one was not economically profitable.

and here is the new curve since the replacement 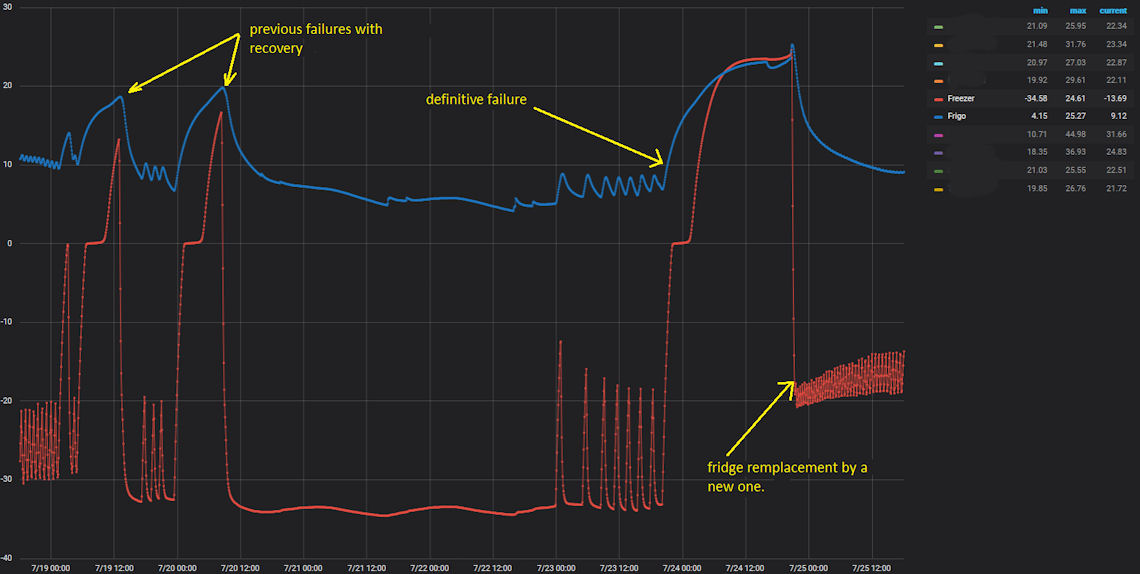 There were no consequences for our employees, I can reassure you right away. The freezer did not contain anything and the refrigerator is only used during the day to keep lunch meals cool.

But in the case of professionals this can be catastrophic, there was a break in the cold chain during the night when no one was there to see it and refreezing immediately.

Here is a perfect demonstration of the usefulness of IoT.

In our context we only had a set of Tags to test the measurements and the battery life, it was not a proactive system with alert etc.

In reality, with the Promistel gateway, this kind of problem would have been detected and reported at the slightest exceeding of the limit.

Product references used in our test